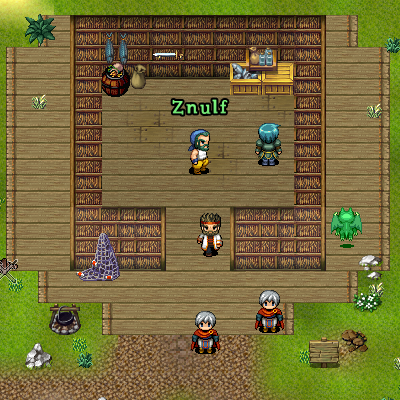 Another crafting-related update is live! It contains the following:

Item Modifiers
Items like weapons and armors can now yield a modifier in the range from -3 to +5. The +-x value means, that there are altogether x points added to or deducted from any of the raw values of weapons or armors. Skill prerequisite checks are only done on base values. If your skills allows to wield sharpness tier 5 weapons, you can still wield a “Sharpness Tier 5 + 2” weapon, dealing damage and effects of sharpness tier 7. On the contrary, a “Sharpness Tier 4 – 1” weapon still needs the skill for tier 4, but deals only tier 3 damage. Values like length and stability affect stamina drain and attack frequency. However, again only the base values are taken into account for that. So a “Length 3 + 1” weapon hits as fast as a normal “Length 3” weapon, while having a greater range. Nice, isn’t it? Also, the coin value of weapons and armors is affected by modifiers. 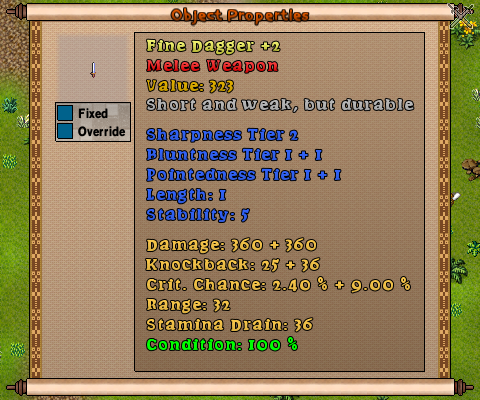 New Skills
There are 4 new skill branches in the construction tree. They do the following:

The Witch
A new NPC that grants skill resets for a fee. 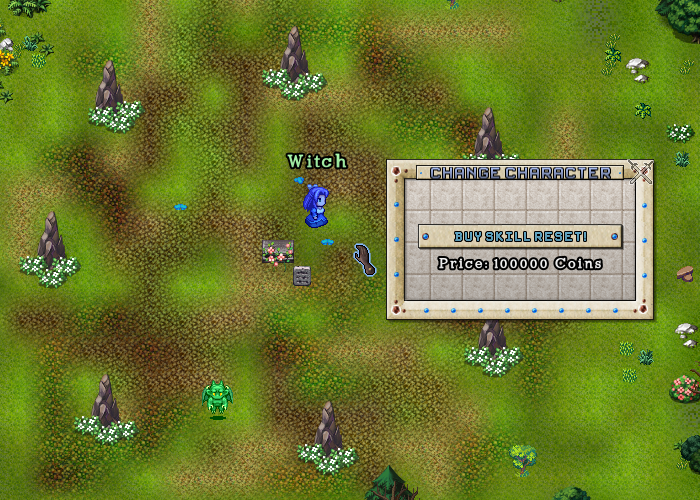 Players’ Gear
You can now see what other players are wearing and wielding by right-clicking on them. 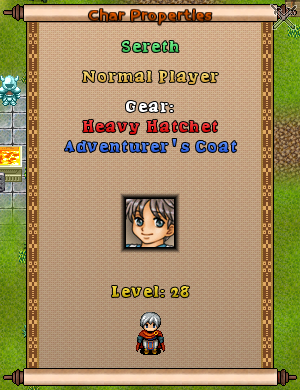 Whoah, now that was quite an update. I guess there will be some overpowered combinations of weapons/armors with those modifiers – tweaking is inevitable in the future. But so far, I hope you have fun with the new features.

Have a nice Sunday!
-Rammy

You can now craft and repair items! 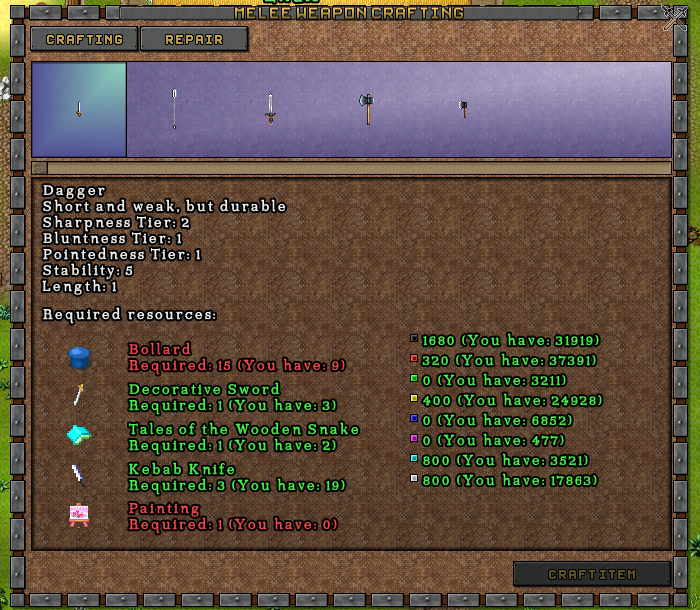 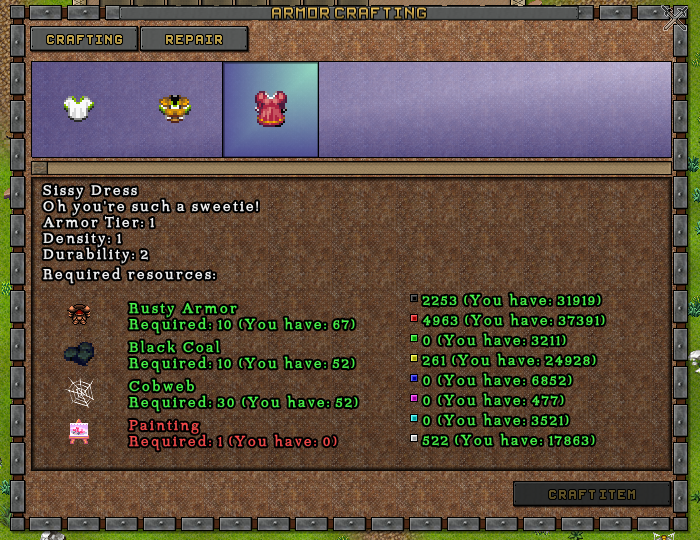 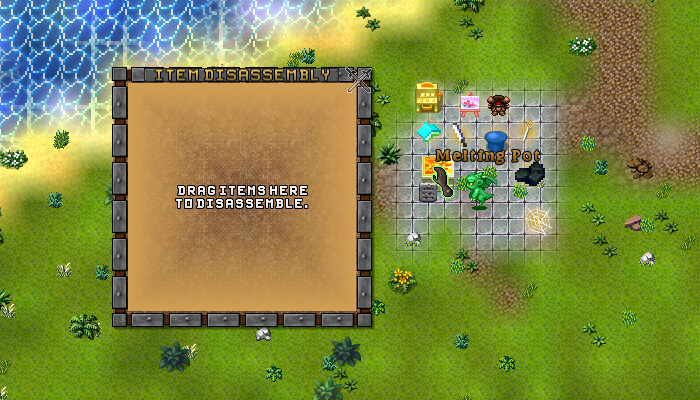 Further crafting features will be made public shortly…

Show us your stuff!

Go to the forum and post pictures of your house, your creations, your loot…can you compete?